Here are the eight U.S. cities where more than 50 percent of millennials own their homes rather than renting.

It's not exactly a new observation that millennials haven't been very aggressive when it comes to buying homes.

Millennials may no longer be living with their parents, but home-ownership trends remain weak for people under 35 years old. SmartAsset has analyzed the homeownership rates among adults under age 35 in the 200 largest U.S. cities. 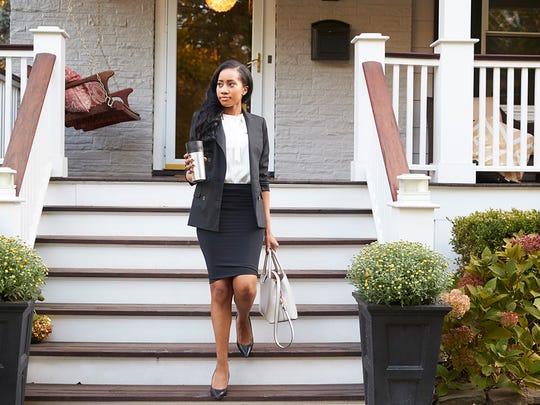 More than 50 percent of millennials own their homes than rent in eight cities in the U.S. (Foto: monkeybusinessimages / Getty Images)

The study created an index value from data taken from the Census's American Community Surveys that combined the 2017 millennial homeownership rate from 2017 with 2018 and showed the change. While this study showed that high home values are one issue muting homeownership by younger adults, it cited other issues, like stagnant incomes, mounting student debt and what was the largest economic downturn in a century.

24/7 Wall St. wanted to focus on the positive trends of the study, where more millennials are homeowners rather than renters. Instead of using the SmartAsset index ranking, our look was solely at the housing markets with the highest absolute rates of millennial homeownership rates above 50 percent. It turns out that only eight housing markets out of the top 200 in America had more than 50 percent of people under 35 owning their homes.

Help with the mortgage: More married couples bring in roommates to ease cost

Home upgrades: 6 energy-efficient things that can save you $1,000 a year

Also, 24/7 Wall St. has made some basic observations about each city to offer some perspective on why homeownership might be so high among millennials. Here are the eight U.S. cities where more than 50 percent of millennials own their homes.

Gilbert is still above the 50 percent threshold for millennial homeownership, but it also showed a larger percentage contraction from 2008. It is to the southeast of Phoenix and is a part of that metropolitan area, and it is the sixth-largest municipality in Arizona.

Joliet actually saw a drop in the homeownership rate of those under 35 years of age, but it was still well above 50 percent. The town is located 30 miles southwest of Chicago and is considered part of the broader Chicago sprawl. A 2018 population estimate of 150,495 people would make it the third largest city in the state. Also worth noting is that Joliet had the lowest average median home value of all eight cities where those aged 35 and under own their own home.

5 housing takeaways: What should you expect from home sales in 2019?

Located on Florida’s eastern coast, about 50 miles to the north of West Palm Beach and halfway between Miami and Orlando, Port Saint Lucie counts itself as the eighth largest city in Florida, with over 189,300 residents. It is the third largest city in South Florida. While the rate of those under 35 is above 50 percent, the city's own website showed that Port Saint Lucie also had the highest homeownership rate in the nation (as of 2012) and was the only major market with a homeownership rate above 75 percent.

Olathe is located on the southwest side of Overland Park by Kansas City. It is Johnson County's seat and is considered to be the fourth largest city in the Kansas City metropolitan area and Kansas. The Census data showed that its 2010 population was 125,872 people, but that was projected to have risen to 137,472 by the year 2017.

In the SmartAsset ranking, Chesapeake actually ranked first as the change of homeownership for those under 35 rose so it had the index rank of metro areas in its study. The City of Chesapeake also had a population estimate of 242,336 people per the city's own estimate as of January 2018. It is located immediately west of the Virginia Beach area.

Peoria is a major suburb of Phoenix located northwest of the larger city, and its population is over 170,000, making it the sixth largest city in Arizona at the last Census count. Its Peoria Sports Complex is the spring training home for the Seattle Mariners and San Diego Padres baseball teams.

Any city in Colorado might bring up the question about legalized marijuana and more people moving there, but Thornton still had more than half of its people under 35 as homeowners a decade earlier. The average median home value in the area was also high. Thornton is now part of the Denver-area metroplex and is located north of the city and southeast of Boulder. Several miles to the east of Thornton is Denver International Airport.

Elk Grove is located 15 miles south of Sacramento, the state capital, and it is about 90 miles northeast of San Francisco. Its neighboring areas include Sacramento County’s Vineyard area and the rural communities of Wilton, Sloughhouse, Franklin and Rancho Murieta. Its 2015 population was listed as 162,899, and its median household income was $82,784.